Menu
Skip to the end of the images gallery 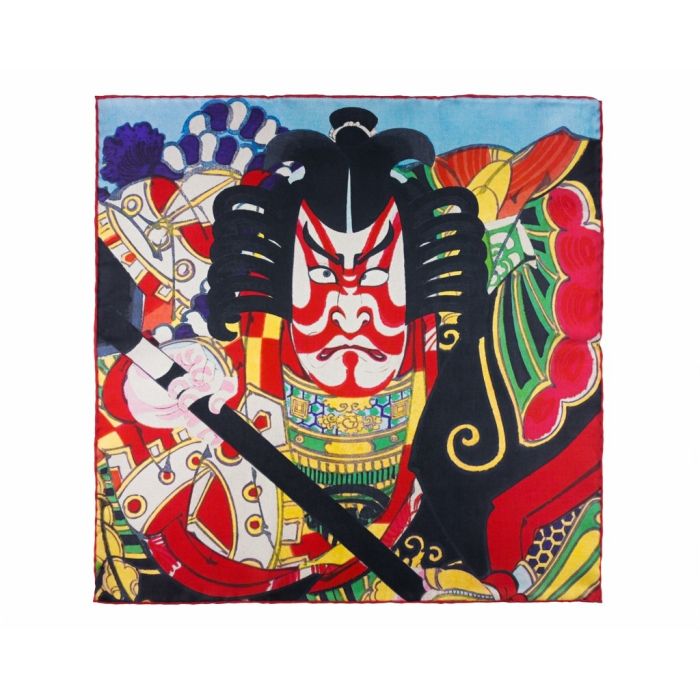 Kabuki Soga Goro
Skip to the beginning of the images gallery

In stock
SKU
1460
As low as $45
Danjūrō IX as Soga Goro is a ukiyo-e woodblock print by the Japanese artist Toyohara Kunichika. Ichikawa Danjūrō IX, the ninth actor to be granted the name in his lineage, was the torchbearer of kabuki during the Meiji era, a turbulent time during which Japan embraced modernization and Western culture, at the expense of its own traditional arts.

Prints of kabuki actors are always depicted with crossed eyes to indicate that they do not depict the actual historical figure, but an actor playing him.

The Tale of the Soga Brothers is a revenge story about a historical incident in the 12th century in which brothers Goro and Juro avenge the accidental killing of their father by the lord Kudo. At its climax, they dramatically proclaim:

“Ye who are afar, hear and tremble! Ye who are near, behold and wonder. We have just slain Kudo-Suketsune as he killed our father Kawazu-Saburo. We have attained the long cherished object!”
Reviews
Write Your Own Review